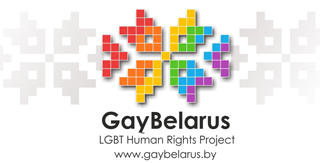 Two public lectures with LGBT history themes are taking place towards the end of the month; more details below.

Homosexuality: From toleration to acceptance

Peter Tatchell is to deliver the annual Morrell Memorial Address on Toleration at the University of York at 18:15 on Tuesday 28 October. The organisers say:

Peter will take a critical look at the 1957 Wolfenden Report and 1967 Sexual Offences Act as examples of the era of disapproving tolerance and then examine the transition to the current majority acceptance of same-sex relations.

For more information and to book a ticket, see the event page.

Belarusian LGBTQ movements\initiatives: within the bounds of oppression and irrecognition

Katsiaryna Borsuk will describe the specifics of the development of LGBTQ movements in Belarus from the beginning of the 90s until now. She will discuss the discriminative and homophobic attitudes of Belarussian society and the authoritarian state towards LGBTQ people and activists.

She will specifically focus on cases of harassment and violence towards LGBTQ people and activists in Belarus over the past 6 years, and analyse briefly the approaches and strategies of LGBT rights promotion in the country.

9 Comments on “Two public lectures at the University of York”