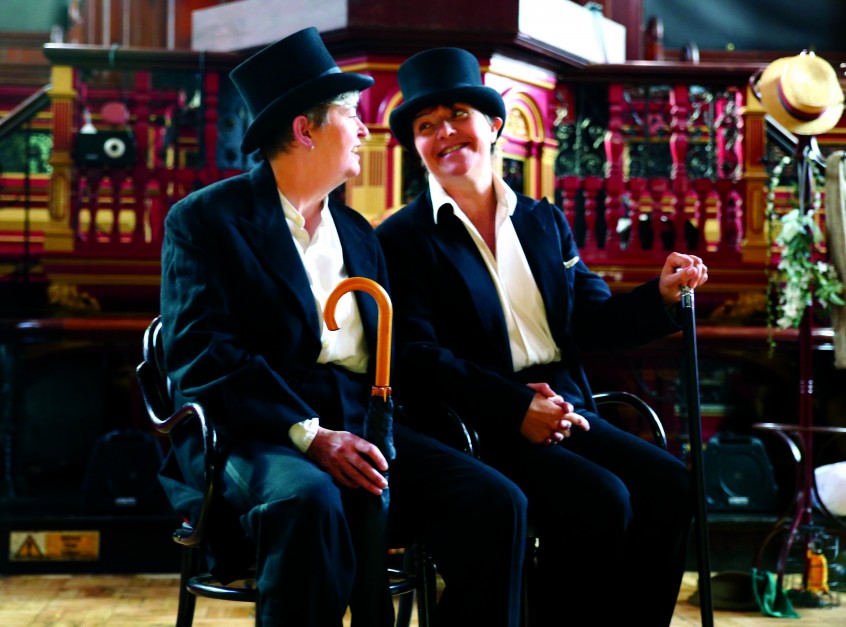 The first weekend of February sees the first theatre listing in our busy programme of events. On Friday 5 February, All The Nice Girls will tell the story of forgotten lesbian variety stars Gwen Farrar and Norah Blaney. Farrar and Blaney were pioneers of their era, singing popular love songs to each other and living together openly. The production is a work by Behind The Lines, a theatre company formed by Ali Child and Rosie Wakley in 2014 with the mission of putting lesbians centre stage and telling their stories.

We spoke to event organiser, Ali Child, to find out more…

York LGBT History Month: Tell us a little more about the story of Farrar and Blaney.

Ali Child: They met just behind the front line in a pioneering concert party for WW1 troops, quickly adapting their classical act to include the popular love songs of the day. Their on and offstage partnership took them to the West End where they filled the London Palladium. In the play, you find out if their relationship survived the pressures of the age and the conflicting urges to marry and conform or to party wildly into oblivion.

YLGBTHM: What’s the message that you’d like people to take away from the play?

AC: Lesbian love is a great thing to celebrate.

YLGBTHM: What part of your event are you most excited about? And why?

AC: The moment we start the show because we love telling this story and seeing how audiences respond.

We can’t wait to watch! Russell is a consultant at scarlettabbott, an internal communications agency. An alumnus of the University of York, Russell has lived and worked in York since 2004.