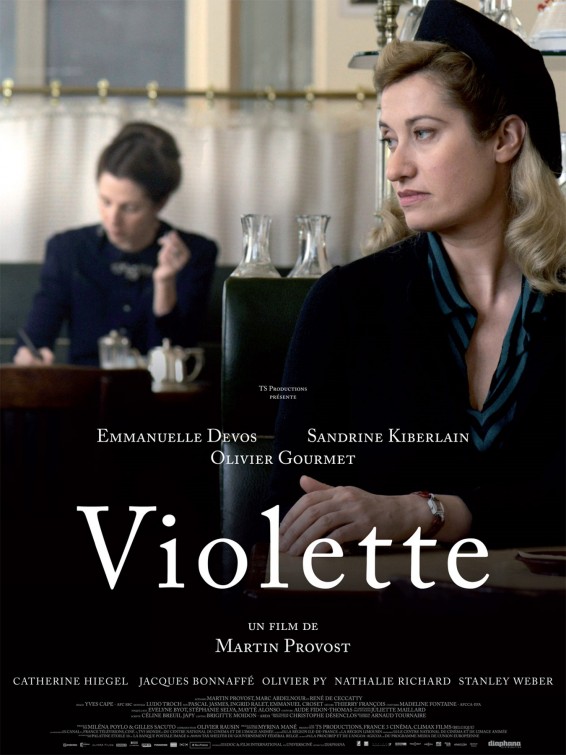 On Tuesday 13 January, City Screen will be showing Violette, a film about Violette Leduc, a French author, and her relationship with Simone de Beauvoir. For more information, see the synopsis below or visit the City Screen event page.

Violette Leduc, born out of wedlock at the beginning of the 20th century and scarred by childhood trauma and a loveless marriage, encountered Simone de Beauvoir in the post-war years in St-Germain-des-Prés. An intense relationship began between the two which would last their whole lives, based for Violette on the quest for freedom through writing, and for Simone on the conviction that she held the fate of an extraordinary writer in her hands.

A parade of great French writers from Camus to Genet is brought to life by a magnificent ensemble cast as director Martin Provost vividly and unsentimentally recreates the heady intellectual atmosphere of 1940s Paris.

One of the most accomplished actors at work in France today, Devos (KINGS & QUEEN) gives an impassioned performance as Violette, portraying an uncompromising female artist’s journey from darkness to light. Kiberlain is equally brilliant, beautifully rendering de Beauvoir’s intelligence, severity and compassion.

2 Comments on “‘Violette’ at City Screen”