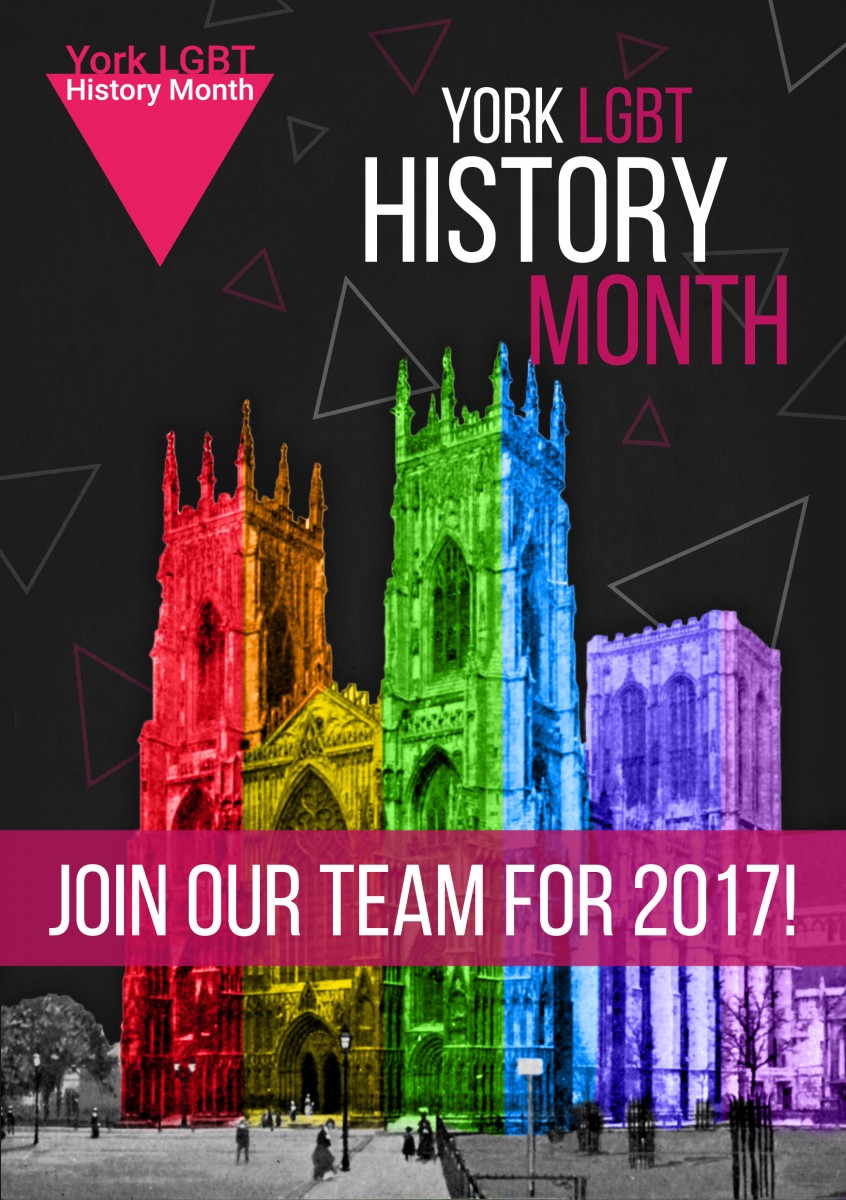 2016 saw the third coordinated LGBT History Month festival in York and the second led by York LGBT History Month as an organisation. This was a great success, with nearly fifty very well received and attended events in our programme, and a greater diversity of content overall (content and form). We also had a great deal of engagement with schools and young people, both in the form of various events and a fantastically successful writing competition: OutWord Bound.

In order to for our work to continue broadening and deepening, we need your help! (Yes, you; precisely the hypothetical you!) So we’re recruiting!

The level of involvement is flexible, but we meet roughly once a month, with a greater concentration of activity in the months leading up to February. The following positions are available:

In addition, you will have the option of becoming a charity trustee. In essence, this means you are guaranteed voting rights on formal decisions. We would encourage volunteers to come on board as trustees, but you are completely free to take up one of the posts above without becoming one.

If you’re interested in getting involved, come along to our next meeting on Monday 18 April at 18:30. The location is to be confirmed, but will likely be at York St John University. Get in contact, join the Facebook event or keep an eye on our blog and social media profiles for the details.

If you can’t make the meeting but want to get involved, get in contact.