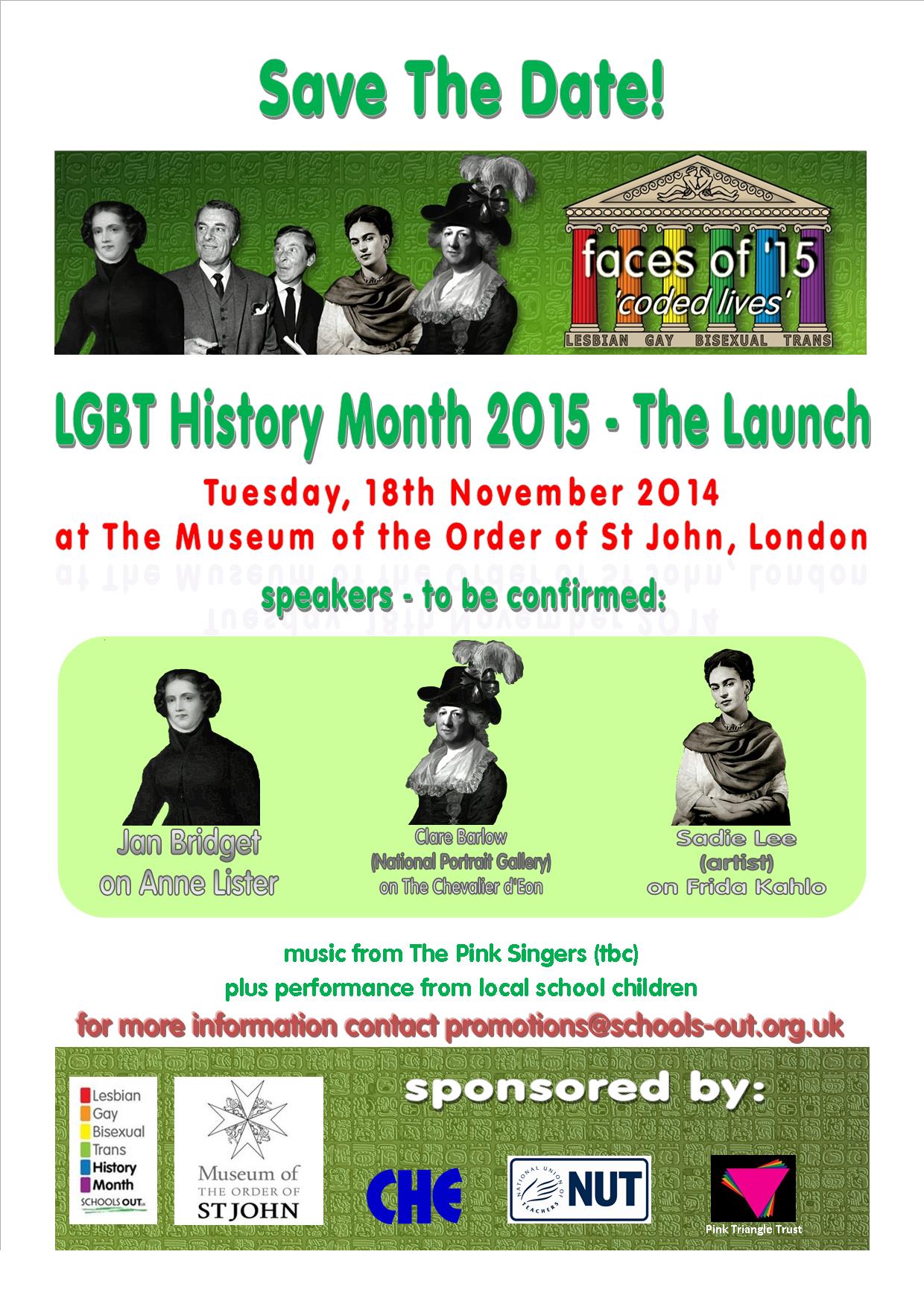 The national LGBT History Month 2015 campaign is being launched at an event on Tuesday 18 November at The Museum of The Order of St John in London.

The evening event, hosted by cabaret artist Rose Collis, will feature music and speeches on polari and the ‘Faces of 15’: Anne Lister, Hugh Paddick, Kenneth Williams, Frida Kahlo and Chevalier d’Eon. During the day, there will be charity stalls and workshops for teachers and youth workers.

For more information and to order a free ticket, see the event page.